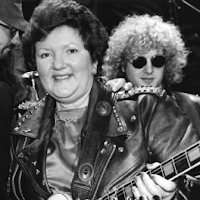 You can read my article in Today's Age newspaper (page 30) or online here.
Posted by Rachel Power at 2:14 PM