A night with Leonard Cohen in Australia 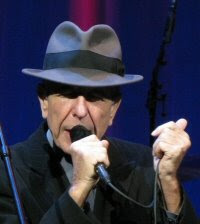 To see someone like Leonard Cohen perform is to be profoundly moved not only by all that you see in front of you (which is so legendary as to feel almost unreal) but also by all that he represents--to those of us who love his music and his words.

I can play two songs only on the guitar--both taught to me by my dear friend Pia, who sat beside me last night at Cohen's A Day on the Green performance in Victoria. One is Joni Mitchell's A Case of You; the other is Cohen's Famous Blue Raincoat. From the age I became aware of music that wasn't like that played on Playschool, I discovered my Mum's copy of Songs From a Room. Years later, when I travelled around the world at 23, The Future was one of the albums that provided a soundtrack to my experience. Listening to it now can bring back smells, sights, whole sensations of being somewhere utterly strange and new. I don't think Cohen played a part in my losing my virginity--at least, not in a direct sense--but I suspect he was lurking somewhere on just about every step leading up to that point. 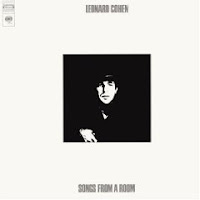 The reason I am saying all this is because I don't know how to describe the effect of watching Leonard Cohen. All I can offer is a list of the ways his songs have been part of my life since I started loving music. He is also a lyric-lover's muso. I know there are those who think the words don't really matter, but to me they can mean everything--and when it comes to lyrics, no one is as poetic, as audacious, as filthy and ironic as Cohen. Few in this world have such a way with language.

Cohen in the flesh is as gracious, charismatic and disarming as you might expect, still making full use of those soulful eyes and that deep, rich voice. But it is not just this. Rarely do you have the privilege of being at a gig where the music means so much to the people watching. Therein lies the power of seeing Cohen live--it feels like an exchange full of the warmth of a shared history, of a shared understanding and, of course, an awareness of the brutal inevitability of aging.

It has been almost 15 years since he trod the stage, he told us--back when he was about 60, "just a boy with a crazy dream". In fact it has been almost a quarter of a century since Cohen was last in Australia, so if you have the chance to see him, take that chance. He plays with a phenomenal group of musicians and back-up singers, including his long-time collaborator Sharon Robinson--and he has the grace to let them shine. Always wonderful to witness that level of rapport and respect on stage.

Cohen also recited a couple of poems, including his devastating A Thousand Kisses Deep.

And sometimes when the night is slow,
The wretched and the meek,
We gather up our hearts and go,
A Thousand Kisses Deep.
Leonard Cohen

Go here to hear it in full, read by Cohen himself.
For a short interview on being a poet (or not, as he tries to argue), listen here.

hi rachel, thanks for your comment :)
i feel this way about paul kelly!

Yeah, Paul Kelly was the support act, along with his nephew(?) Dan, and he was also fantastic. The perfect entre.

I can't wait, seeing him on thursday night, I've heard its almost like a guided meditation through his world.
I too love the lyrics of a poet/ songwriter and your other guitar song (very jealous you can play it as my daughter is named after her) presents another shining example of poetic storytelling in music.

Certainly Leonard seems to have reached a place of true peace within himself, which is a lovely thing to witness. I found watching/hearing him almost a religious experience, and that is not something I say easily. Did I tell you that my neighbour, Emma's, new daughter is named Joni, too?