Some of you may have seen Clare Bowditch’s goosebumpingly impressive turn on SBS’s Insight program a couple of weeks back, arguing for the right of women to choose how and where they give birth. Independent midwives could have no better poster-woman for their cause. She did us all proud (especially her mum--seen holding her hand there during the show)!

While a woman who chooses to give birth at home must pay thousands of dollars yet elective caesareans remain cost-free (to the family, not the system), we do not have real choices in this country.

Worse—now the option for a family to use a private midwife at home is set to disappear altogether.

As of July 2010, all midwives in Australia will require insurance to be registered.

Hospital-employed midwives are covered by their hospital’s insurance policy or by membership of the nurses’ union. Private midwives need to be insured too but currently no insurer is willing to provide insurance.

The Government supported private obstetricians with insurance but now refuses to help private midwives. Private midwives will have to cease homebirth practice, move overseas to work or face prosecution (jail).

Homebirth will be driven underground. Some women will birth at home alone without skilled, professional support.

If you feel strongly about this issue:

2. Watch the "Save private midwifery" video at Homebirth Australia.

3. Write to the Health Minister, Nicola Roxon and your local Federal MP.

Whether you would choose homebirth or private midwifery for yourself is not the issue. This is about real choices for all women.

If women lose this option now, they are likely to never get it back. Between this and the embarrassing lack of paid maternity leave in this country, things are not looking good, gals.

(Will return to literary matters next post... Have had my father-in-law staying with us, which has meant no access to the study/internet for a week. Quite refreshing--but not so good for the blog-action. Back on track next week...)
Posted by Rachel Power at 2:16 PM 5 comments:

Sorry, it's been a long time between posts (had a crazily busy week!), but I wanted to say how fascinating the comments have been, particularly to my post on approaches to creativity.

As mentioned by Simmone, Lia's Hill's book, The Beginner's Guide to Living, apart from being a remarkable take on the search for meaning, is also a wonderful example of what Simmone, and Lia herself, has described as "method writing". Basically she went and did what her character would be doing (within reason)--travelled on trains and described what she saw, went to the library and looked at books or met strangers on the street... She basically lived inside her character's skin for those months she was writing the book.

I interviewed Lia for a story, and what was also fascinating was that she had her youngest child still at home with her, so he just trundled around with her and she talked to him about the big ideas she was exploring in her novel. That's one way to write and mother simultaneously! She's an inspiring woman.

Also, talking about the search for meaning, today I had the chance to go to a preview screening of Sarah Watt's new film, My Year Without Sex, and I was so moved. It was so refreshing to see ordinary (all-too-recognisable!) suburban family life on film, without it being either romanticised or quirkified or given dark undertones. Here again, the search for some overarching "truth" that is the human condition, amid the pressures of everyday life.

Sarah has such a talent for poignancy; her films speak to that part of ourselves that gives rise to both laughter and despair, sometimes simultaneously. I suppose by that I mean our hearts. There's this wonderful line in the film where the main character's husband tells her that she has a "gift for emotion". I wonder if that's been lifted straight from life, because I think that's Sarah's gift too.

I so loved this movie--and it made me laugh, lots. Today's screening was full of cast and crew and others involved in the film's production. I went along with my dear friend Sally Rippin and she noted that we were sitting next to the pole dancers! (Very funny--I won't tell you where they fit in the plot.)

One other thing--I listened to this wonderfully frank and generous talk by Helen Garner about what is commonly called writer's block, but which she describes as the necessary state of "unsentenceness" that must precede the first sentence of any new work. It provided much solace--and ties in with lots of the things we've been talking about here.
Posted by Rachel Power at 10:35 PM 4 comments:

Did you know that in Russia men buy flowers for all the women in their life on IWD--in recognition of their contribution to communistic construction?
In fact, IWD is very much tied in with the principles of socialism, the first one observed in 1909 in the US following a declaration by the Socialist Party of America.
Demonstrations marking International Women's Day in Russia marked the first stage of the Russian Revolution of 1917.
Just a little history lesson for you. Now, where are the flowers in recognition of my ongoing push for a domestic revolution around here (think global, act local)?! Funny--no-one seems to have noticed...
Oh, and happy Labour Day too. Hope you're not working too hard--or at all, ideally.
Posted by Rachel Power at 2:24 PM 4 comments:

Who's paying for you to be an artist? 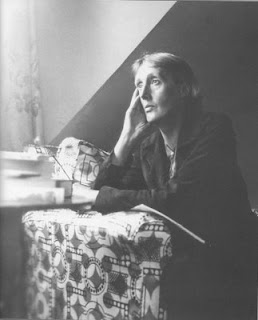 I have been having an interesting blogersation of sorts with Daniela after she wrote about The Divided Heart on her blog, LingoFranko. As you can see in her review there, though she had kind words for it too, she felt the book didn’t quite get to the meat of things, and I was keen to know what she thought was missing.

I bugged her to give me the “big questions” she would liked to have seen posed, and her response raised some themes which I think are indeed meaty — and which I think are central to the book but perhaps not explored as cuttingly as some readers wanted.

Her list has really got me thinking (all over again) about this eternal question of children’s versus parents' needs — summed up, I suppose, by her question: “Is art is more important than children?”

The other related theme is the cost of being an artist — financial and emotional. Who is footing the bill, on both counts? Hers are confronting questions: Whether it is fair to expect to be supported as an artist; whether artists take more than they give.

Then (yes, here I go again), as I was folding the washing last night I listened to Radio National’s Book Show segment on Literary Dynasties, about writers who came from literary stock. The conclusion was that having an artist-parent was more blessing than curse, at least for Virginia Woolf, Martin Amis and Dorothy Hewett's son Tom Flood — who were the writers discussed/interviewed.

But my ears pricked up especially at the comment from Kingsley Amis’s biographer that Amis snr, and his son Martin like him, was a serious writer because he put his work first — before anything else, including family. Both leave other people to deal with the trivial matters of life, like how to make ends meet. “They just put their heads down and work.” Martin would never have opened a bill in his life, the biographer said.

At the International Women’s Day morning tea I spoke at the other day I said that one of women's strengths in my field, the arts, is that they are learning that to be an artist doesn’t require being a self-absorbed ego-maniac; you can be a loving, nurturing human being and still make exciting, powerful, engaging work.

That said, the women I see really succeeding in the arts are the ones who expect — don’t just ask, but expect — their partners to take on an equal load. They are the ones who fully embrace motherhood, but who can also express the milk, hand over the bottle and walk out the door when required. It’s amazing as a woman how much gumption this still takes.

As one of my heroes Catherine Deveny says, when fathers are with their children, they are not babysitting. They are fathering. I agree with Catherine that women need to make this a basic expectation — not a request — if we are to move forward. For artists, who already struggle with giving themselves the permission to take their own work seriously, this is all the more important.

I can’t respond in full to Daniele’s questions here, because it would take too long. But I would agree with her that of course there are times when children’s needs have to come first, especially when they’re little — if she’s putting her head on the chopping block with that one, as she says, then mine’s there wincing right beside it. I also think there are ways of maintaining a creative life and being a committed, sensitive parent, no matter how fraught at times.

I also, though, think that if you have a creative need, then to quash it for the supposed sake of your family is to ultimately make yourself sick. And that is not a good model of living for children to witness. Sometimes it’s not as clear as children’s versus parents’ interests, because the happiness of both is so bound up together.

As for the financial side of things, I think it’s dangerous to suggest that art should only be made where and when it pays — partly because it is often impossible to know if a creative work is going to make money or not. In the arts, the exchange is rarely that clear, and apprenticeships can be long and thankless on that front — but they have other rewards. Much like raising kids. If women, or men, have a partner who is willing to support them in their decision to make art, well lucky them, I say.

On the other hand, I agree with Daniela that life is give and take, and it is important to be aware of what you ask of others in order to do what you do. I guess this is exactly my criticism of the traditional male artist who forced all those around him to be in discreet service to his creative genius.

There has got to be a middle way between self-absorption and self-denial for the artist-parent — and children can only benefit from a parent's commitment to that endeavour.
Posted by Rachel Power at 5:31 PM 14 comments: