Ha ha, not surprising there's 190 online comments (and counting) in response to Kasey Edwards' article in the Age today: Is sharing the chores such a daft idea?

As she says: Motherhood is what I signed up for. What I — and many mothers I know — didn't sign up for was the job of full-time housekeeper and cook as well.

Another recent article on the front page of the Sunday Age said that at the birth of the first child, a woman's housework lifts from about six hours a week to about 15 hours — while a man's does not change at all.

Worse, you know these roles have really solidified when that division of labour doesn't shift even after she has returned to work.

As that story goes on to say: Research shows the norm in two-parent Australian families is that women do 70 per cent of the housework. Even as women's workforce participation has steadily increased since the 1970s, and the average Australian family features a full-time working father and a part-time working mother, women carry about three quarters of the domestic burden.

In her article, Edwards cites Susan Maushart's revelation in The Mask of Motherhood that after the birth of her first child, a woman's entire domestic workload (including childcare) increases by 91 per cent to an average of 55 hours and 48 minutes per week.

By contrast, her partner's workload increases, on average, zero per cent.

According to stats, the only time the average Australian father actually lifts his housework rate is when his relationship ends! How tragic is that?!

Quite rightly, this issue just ain't going away.

If your man defies this picture of the 'average dad', consider entering him into the Most Mentally Sexy Dad competition, and we can celebrate those men who are showing the way forward! Seems they're still in the minority, sadly.
Posted by Rachel Power at 4:39 PM 17 comments: 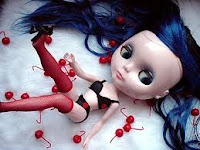 And today being a day that I've only had to reheat my cup of tea once (so far), I am finally getting on to it. That said, I started this post at 10am this morning and now it's almost 7pm, but we get there in the end, don't we?...

Some of you may have since watched this fairly heated discussion on SlowTV between Gail Dines, Kate Holden, Catharine Lumby and Leslie Cannold. It's worth reading the comments as much as watch the debate.

Among the responses to my post, were these questions from Damon Young: Can women dress in lingerie and not be objects of a 'male gaze'? And when they dress in slacks, blouse and jacket, and grow their pubic hair, do they necessarily avoid this 'gaze'?

Not being an academic, I come at these issues from more of an intuitive/experiential position, and so perhaps using Mulvey's term was a bit throwaway and lazy of me, though the idea of girls being raised to be conscious of the 'male gaze' (and even exploiting the supposed power that this gives them) has always made sense to me...

Is there anything wrong with a woman wearing lingerie with her partner because it's fun to play a role, to play with the 'objectification' or 'distancing' this creates? No. That's not what I'm saying.

But surely there is a big difference between that and an anonymous woman in lingerie being spread across a billboard to sell soft drink...

More to the point here, shouldn't parents be aware of the increasing need to help contextualise the sexual content our children might be coming across on the internet?

I don't agree with all Gail Dines says, I sometimes feel repelled by the way she says it, and I'm not sure that all of her proposed solutions are workable. But I respect her concerns that young people might be coming across complex sexual material before they have the maturity or experience to process it or put it in perspective regarding what's 'normal', or real.

I'm not anti-porn as a whole, but I do sympathise with Dines' broader concerns about the 'pornification' of mainstream culture - that is, the way the pornography industry has influenced pop culture and risks distorting our concepts of sex and sexuality.

I think there is plenty of evidence to suggest that the normalisation of hardcore sex acts, and the promotion of unrealistic expectations about how we (especially women) should look, is a growing problem. This, to me, is a matter worthy of our concern and people shouldn't be dismissed as prudes or wowsers for raising the matter.

But mostly, I see it as part of a general drift away, culturally, from what's real; from the joy of blindly feeling our way into things, no matter how clumsily, from a place of curiosity and self-discovery.

I don't know the answers, or where this leaves us. Except perhaps with the question: How are we, as individuals and as a society, going to learn discipline and self-restraint in an era of all-too-instant gratification? And I'm not talking about real-life sex here!
Posted by Rachel Power at 3:48 PM 5 comments:

Birth art... but not as we know it

When Jasmine Proust and Tilly Morris asked if I would launch their exhibition, Birth.Art (as featured in The Age on Saturday), I trusted them enough to say yes. But a terrifying vision of purple pastel mandalas and pregnant goddesses did flash through my mind...

Thankfully, my worst fears haven't been realised (not that there isn't a place for a bit of pastel power on occasion...). In contrast, I'm loving just how edgy and witty the Birth.Art works have turned out to be.

As Tilly says:
This show has it all; from rude plants to fluorescent private parts, from inter-species breastfeeding to the theatricalities of the most common birthing arena in the Western world – the hospital.

Come and celebrate birth in all its glory. Argue with theologians and atheists, adopt a possum baby, drink some wine...

Hey, you know that serious debate we’ve been having about why so few women win literary prizes?

Apparently geneticists at the highly respected H.G. Wells Institute for Sex and Gender have finally worked out why.

But don’t take my word for it. For the full story, visit philosopher Damon Young’s trailblazing blog (and possible front for the illustrious above-mentioned institute)…
Posted by Rachel Power at 4:43 PM 5 comments:

Genius or ironing? The female dilemma...

The trouble is that most women are much more interested in getting the darn ironing under control, or shopping for something cute to slip into when hubby gets home from the office. Guys are just a whole lot more likely to be geniuses.

Who noticed this comment from Joanna Murray-Smith in the weekend paper's M Magazine in response to the question of why there are not more Australian female playwrights working for major companies?

Joanna is probably the most prolific and courageous writer I know. One minute she'll casually mention that some subject or dilemma has peaked her curiosity and the next... wham bam how the f**k does she do it? -- there'll be a new Joanna Murray-Smith production on that very theme opening at the West End or some such place ...

We all know she's one of Australia's chief theatrical exports, and that the reliability of her output means among her brilliant successes are some brilliant failures (or at least lesser successes) -- just as it should be.

In fact, she is a bit of a genius... though I know she wouldn't really give herself that tag.

I can't help feeling, though, that she very consciously threw this one out there. It's quite a statement, and Joanna certainly doesn't seem to mind stirring the pot occasionally.

Who is it directed at? Whether it was partially tongue-in-cheek (or entirely sarcastic, as Simmone suggests), I certainly still felt the bomb exploding under me!
Posted by Rachel Power at 12:47 PM 8 comments:

I save my online TV-viewing for when I have a big pile of washing to fold. Which is great for killing two birds with one stone -- but not so great for being up to date with what's going on in screen-land (although monster piles of washing do seem to form with ridiculous frequency!).

I have always had a lot of time for Leslie Cannold and her writings, but I found her attack on fellow feminist Gail Dines a bit confounding.

Certainly I know that I have already been shocked by some of the sexualised and sexist advertising that has popped up alongside otherwise very innocent kids' games on the web.

To align Dines with wowsers and Christians seemed particularly unfair.

Cannold says she's worried about activists getting caught up in protesting against Brazilian waxes over more important issues. Personally, I'd be more concerned about young women not becoming self-empowered activists in the first place because they're too busy having Brazilian waxes (much less campaigning against them)!

Without wanting to sound like a conspiracy theorist, the beauty industry exerts a very real control over women. How much of women's time and money gets invested into fashion and beauty that might otherwise be invested into self-education and personal development? Let alone feminist action.

Anyway, as Dines says, she is one person focusing on a single issue. That doesn't mean she holds it up as the only or even the most important issue for feminism. But there does seem to be a very fine and confused line between women's sexual empowerment and exploitation, and I think it's not a trivial matter for debate.

Apparently, after her appearance on the show, Dines said, "I felt like I had walked into an adolescent boys' club with everyone sniggering about pornography."

(There was also a very interesting debate about the reponsibility of art and artists... Though I think Michael Cunningham got a tad over-excited about being allowed to use the word "fuck" on Australian television.)

Love to hear your thoughts!

And while you're at it, check this out!?! Something for my next post...
Posted by Rachel Power at 2:25 PM 9 comments: