A couple of weeks ago, I went to the launch of the Stella Prize — a new Australian prize for women's writing, modelled on UK's Orange Prize.

A group of women felt inspired to establish the prize earlier this year in response to the announcement of yet another all-male shortlist for our premier literary award, the Miles Franklin (aka the "sausage fest", as blogger Angela Meyer called it back in 2009, another all-male year).

An audible collective groan could be heard among women when the 2011 shortlist was released: since the Miles Franklin award began in 1957, it has only been won by a woman 13 times. Ironic for a prize established through the will of someone who, like so many female writers of her time, felt it wise to publish her books under a male name and is best known for her novel My Brilliant Career.

Stella Miles Franklin (hence the name of the new prize) knew first-hand the role major literary awards can play in enabling writers to continue their literary careers. She herself struggled to make a living as a writer and was the beneficiary of two literary prizes.

So what is going on here? In a country where some of our best-known and critically acclaimed authors are women — Kate Grenville, Helen Garner, Joan London, Toni Jordan, just to name a few (all of whom published books in 2009) — why is their work so under-represented when it comes to Australia's literary prizes?

For more dismal statistics regarding the gender divide in lit award recipients, check out Sophie Cunningham's thoroughly researched essay, "A Prize of One's Own: Flares, Cock-forests, and Dreams of a Common Language" in Issue 6 of Kill Your Darlings journal. There she also discusses the shocking new stats on the disproportionately low number of books by women being reviewed in the world's leading literary publications (something I ranted about in an earlier post).

Thankfully the Stella Prize, which will be awarded to the best book (as deemed by the judges) written by a woman that year, will go some way in redressing this inequity. But the questions about its need to exist remain...

Critic and editor Morag Fraser, who sits on the Miles Franklin judging panel, has insisted the judges are not deliberately favouring books written by men. But then what explanation is there for this obviously skewed outcome?

Could it be possible that, even in the year 2011, an unconcious bias persists? At the very least, this is surely a question Australia's editors, judges and critics need to be asking themselves.
Posted by Rachel Power at 12:55 PM 5 comments: 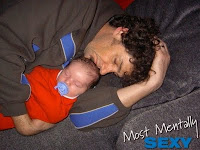 I know -- this may be the most awkwardly named competition in history. And perhaps even one of the silliest. But I'll take the Most Mentally Sexy Dad competition over 'The Farmer Wants a Wife' any day.

Over at MMSD HQ, the five finalists have been announced. There were 73 entrants in this year's competition.

As organiser extraordinaire Clint Greagon says:
...Even though we've built this idea into a contest to help promote what we reckon is a very positive message, the bottom line is that every entry is a winner.

In the end we're simply celebrating great Dads who do what they think is best for their families and think that gender role stereotypes were only created to provide gags for 1950s sitcoms. They're also having a bit of fun and providing some great male role models.

Reading the entries for the MMSD comp turns me into a watery mess every time. Whether the winner is the man who "can leap tall piles of toys in a single bound (and pack them away afterwards)", the one who "likes to schedule - can you believe that?" or the one who allows his partner "to dream, without trying to rein me in", what these men clearly have in common is that they put their families first.

The entries describe men who are totally there, alongside their partners, in dealing with the full catastrophe: work, kids, housework, illness... whatever comes the family's way.

It's a celebration of what a modern family can look like when both parents are taking an equal share of the load -- and the results seem to be a lot of laughs. And a lot of good loving, if you know what I mean... 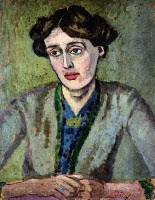 It is apt that a brief quote from Virginia Woolf posted on Damon Young's blog, darkly wise, rudely great, would launch a discussion about the nature of a creative life.

In despair at not travelling more, Woolf laments: "Here we toil, reading & writing, year in year out. No adventure, no travel; darker grows the fog. Here, by some invisible rope, we are bound."

To which I responded that "toiling, reading and writing, year in, year out" sounds like my fantasy existence!

Of course Damon, being a philosopher driven by the spirit of inquiry and interrogation, doesn't let you make these statements without calling on you to confront their implications!

His response: "As for the freedom to write, it's easy: just sell the house, give up your job, and brace yourself for the creative joy of relative poverty!"

Much as I can crap on about the details of my own life, this is surely a common dilemma among creative types. Please help save the comments on Damon's post, 'A Weevil in a Biscuit', from being my own personal therapy session and have your say...

What is your ideal version of a creative life? Does it have to be all or nothing?