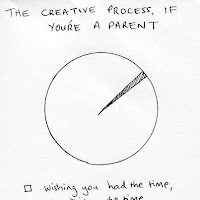 Nice post, What an inspiring and talented lady! Can't wait to see her work coming up in the Art Gallery of Ballarat : )

Fuck yeah she does!